From Brazilian to bluegrass music, the Lake Erie Folk Fest keeps it eclectic in Euclid 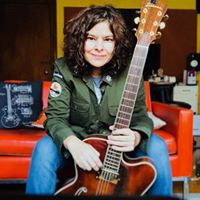 For Laura Lewis, traveling the world with a clogging troupe was akin to collecting stamps on a passport that would later become the blueprint for the Lake Erie Folk Fest.

“When I was touring with the Fiddle Puppet Dancers, we went to folk festivals all over the world,” says Lewis. “Backstage, all of the performers would get together and start jamming, and it was such a cool exchange of different music traditions. I’m grateful to have had that experience, and I call on it now in planning the Lake Erie Folk Fest.”

Indeed—from Tuvan throat singers to stepping to bluegrass, the various lineups featured at the Lake Erie Folk Fest since its founding year in 2016 have certainly reflected Lewis’ colorful travels and discoveries. Slated for Friday and Saturday, Feb. 21 and 22, at Shore Cultural Centre in Euclid, this year’s installment promises to follow suit.

Headliners include Brazilian singer-songwriter Luca Mundaca, Eastern European group Harmonia, the Irish-American Club Eastside Pipe Band, and the Distinguished Gentlemen of Spoken Word—all of whom are locally based.

“While we typically have one or two headliners from outside of Northeast Ohio, the others are from right here in Cleveland,” says Lewis, who serves as the festival’s artistic director. “I look for really authentic expressions of different cultures, with a mixture of familiar and new.”